Skip to content
HomeDaily UpdatesVietnam Banseo on Packaging of the World 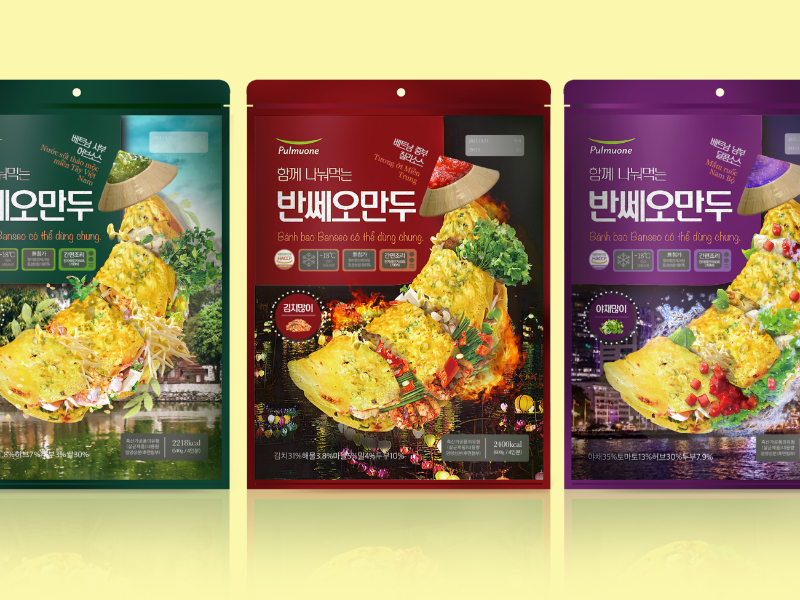 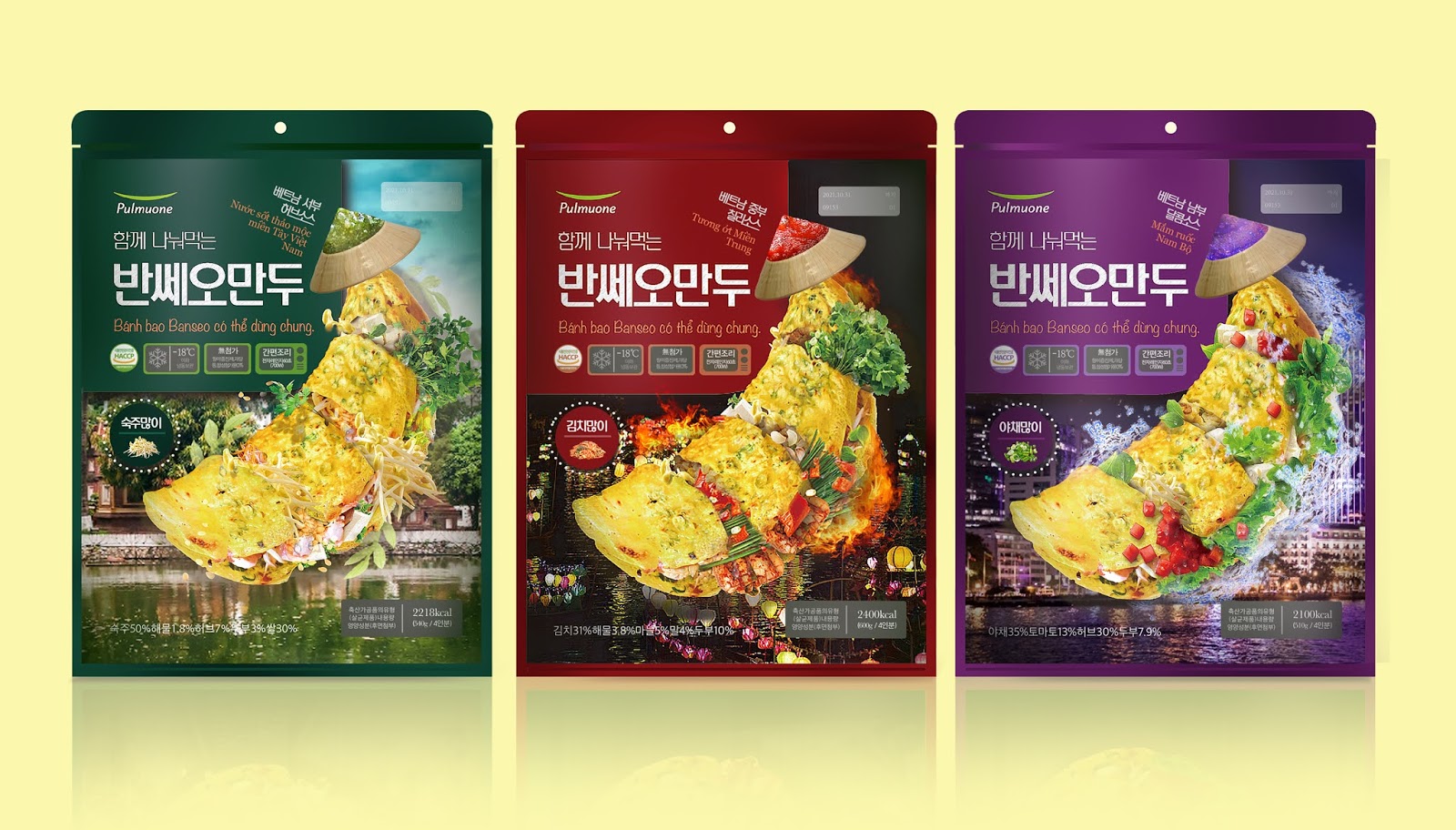 The project is a Van Shee dumpling package that reflects Vietnamese food culture and Korean natural food along with Pulmuone’s entry into K-Mart. Banseo is a dish made of rice flour that is folded into a half-moon shape with vegetables, meat, and seafood.

It is also called a Vietnamese pancake because it is similar to Korean pajeon or green pancake, but the shape itself is more similar to crepe or tacos. We added Korean food as the motif of Banche, a popular dish that is easily accessible. These dumplings include kimchi, tofu, bean sprouts, and rice. BANXEO varies in dough and form from region to region. Considering this, it was developed into a three-type product that suits the tastes of western, central, and southern Vietnam.

Completed BANXEO can be cut into small pieces and wrapped in sacred leaf vegetables, herbs, or semi-cooked beans to soak in various sauces. It is expressed through rich materials and images that share the seeds of light and food. The background is based on the natural image of West, Middle and South Korea, and effectively conveys the lyrical image of Vietnam and the image of fresh Banshe dumplings in each region along with Nolan, a traditional hat symbolizing agricultural culture. 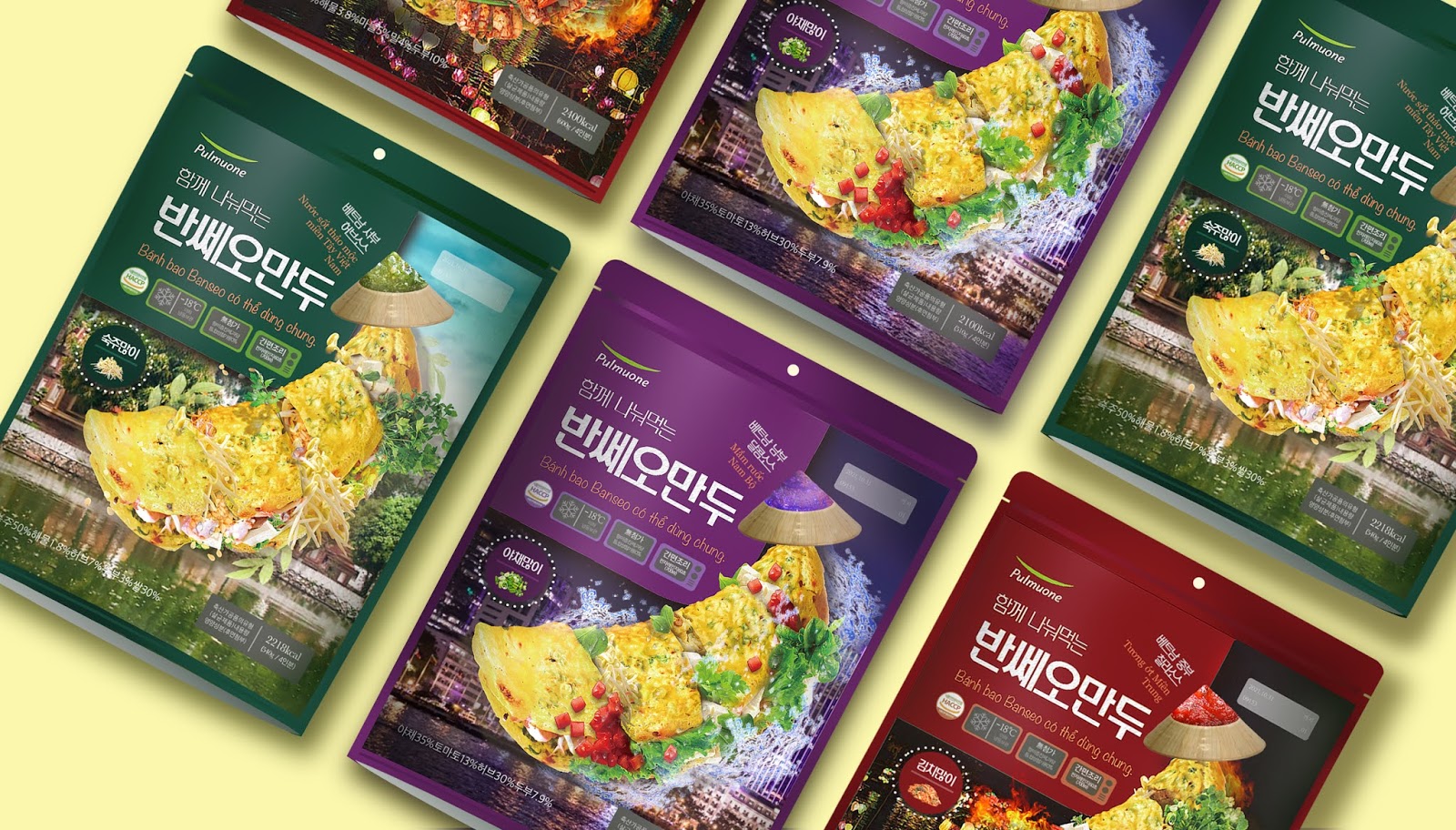